Mission Log: A Roddenberry Star Trek Podcast - hosted each week by John Champion and Ken Ray Gun  is a show where in it's sole purpose is to explore the Star Trek universe one episode at a time.

Episode Six:  made me stop and really think about cloning Transporters . That's right. I said cloning Transporters.         By now I guess that you are thinking -"say what?"
You see - in an early episode of Trek - Kirk and the rest of the entire crew of the Starship Enterprise, including Mr. Spock, in what has got to be one of the worst brain farts ever ( due to lack of money,  poor script writing, and/ or props, and or a combination of all three - because you see Timmy, the models weren't finished being built yet) because they just simply forgot about all them there shuttle craft that should be parked on the hunger deck, that could have been used at any time, to rescue a stranded "Away Party" from sub freezing temperatures and possible death on the surface of the planet below, in -

Star Trek: "The Enemy Within" Your soul.

Do you remember the world's 1st ( ok, not for real, but fictional) matter Transporter device? No? Well, I do.
It was dubbed "The Disintegrator / Integrator" and was seen nearly a decade before the one seen in the Original Series Star Trek. 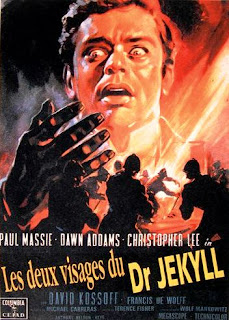 In Trek, the Transporter (originally dubbed, "The Materializer",) was a subspace device capable of almost instantaneously moving an objects or persons from one location to another, able to “dematerialize”, or convert said objects or persons to energy,  then transmit ( or “ beam” ) that energy to a destination, and then reassemble and reconstitute (or Kirk's case, "Re-integrate")  those objects/persons back into matter. My real problem with “The Transporter” as seen in Star Trek, besides that fact it’s just simply used as a plot device in this episode ( and God, I hate plot devices) is the way in which it operates.
Let me explain.

For me, this type of tech could only work if there was both a Transmitter and a Receiver teleport device on the other end, just like, or as with, any TV or radio system. On one end you have a transmitting device that beams that signal, and on the other end you have a receiver that captures that signal. With cell phone service, the phones on both ends are both transmitter and receivers, and the “transmitter” is a 3rd party network device that is utilized to send the signal both ways.


In order for this thing to work, there should have to be a transporter at both ends. TOS attempted to reinstall this idea (the way that it should be) back into the film series beginning with “The Motion Picture”.  When Kirk needed to get to the ship, he beams up from Earth to a nearby Space Station, because the Enterprise Transporter’s are not yet operational.
When they later 1st test them, sure enough, death occurs. So Kirk couldn’t just beam on to the ship any where he wanted, he had to arrive in the transporter room or take a shuttle.  In the original series, beaming to and from a transporter chamber was a necessity when beaming “ship to ship.”  This was explained in the episode "Day of the Dove". Spock and Scotty had said that doing a site-to-site transport  on board the ship could be risky. They could "beam into a deck" or into an inanimate object and get stuck there.  Is this the reason why we always saw the Crew materializing on a transporter pad when beaming ship to ship like at Space Station K7, in “The Trouble with Them There Little Tribbles”? But I guess that a planet is a big enough stationary target that they don’t need a receiving Transporter to beam up or down?

Anyway, since the laws of physics state that matter can not be created or destroyed, it simply changes forms, how then, is it possible, that the little old transporter can create not one, but two “copies” of a person, as the device was shown to do during this episode "The Enemy Within"? Would that not be creating double the amount of matter? That’s one hell of a cloning machine they have there! Did both copies have half as many atoms? Since your “DNA pattern” is stored in the ships computer, heck, if you die,  shouldn't they just be able to stop and visit the Transporter Room and order up another copy of you?

Something like this happened years later in the ST:TNG episode “Second Chances”, when attempting to transport Lt. Riker through an unstable atmosphere, the beam 'reflects' and split into two identical beams, creating an exact physical duplicate where he remained undiscovered on the planet's surface for eight years.

In the Voyager episode "Tuvix", much like in the movie “The Fly”, another transporter accident combines both the physical and behavioral aspects of Lt. Tuvok, and Neelix, into a single being.

What about what happened to Scotty when he was brought back to "life" in TNG's "Relics."? He was stuck and survived in storage as a mere "Ghost in the Machine" in the cyberspace world that was known only by it's label, "The Pattern Buffer" for 75 Years!  OK. Yeah, right. 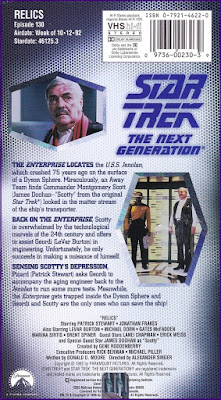 ( This theme would later be addressed in other Sci-Fi movies and shows like "The X-Files", "Robocop", The LawnMower Man, and "The Matrix".)   The "other" guy that stepped into the transporter with Scotty simple beamed out of existence, because they were unable to retrieve his pattern out of the data storage unit intact. Damn. Hey, come to think of it, didn't something like this happen in another early 80's movie called Tron? 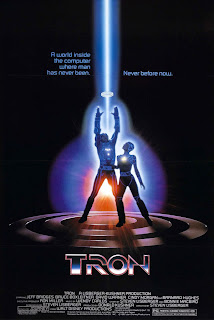 My real problem is that the transporter doesn’t address the issue of the human soul.  Hell, even if you don’t “believe” in a “soul life” and you believe that death is death, I don’t believe that a Transporter could never copy a “living being”, much less do what it does in this episode, when it splits a man’s subconscious self into two halves. Oh, ok, I’ve got to give credit to where credit is due. Yes, Shatner does an awesome job of making you believe that it can.  But Captain James T. Kirk is not a flying Buzz Light-year Toy, ok.  A device such as this should not be utilized to beam up the living, but should only work for and on "things", like boxes that are clearly marked "Classified: Do not open" (which also just so happens to be big enough to allow a crazy inmate to stow away in and thereby go both undetected and then unnoticed by the ship's red-shirted Transporter operator only a couple of episodes later.)

Here we are now to believe, due to some “malfunction” caused by “ore dust”, that now this thing can reprogram the way the human mind works when it reassembles someone.  Could you imagine the endless possibilities that could occur if you could reprogram the mind of your clone, or clones? 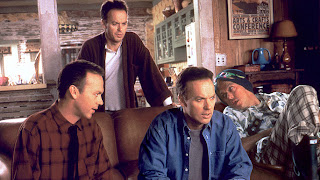 The movie, Multiplicity, comes to mind. In that film, they clone-a-clone, and his personality defects issues are because of that. Those defects more pronounced when this is done, demonstrating how a copy of a copy may not be as 'sharp' as the original.

If either the Enterprise, or any other Starship Transporter's  had those type of capabilities, then I believe this device would have been used to “cure” the criminally insane, like those found at both the Penal Colony on Tantalus V ( as seen in the Episode “Dagger of the Mind”)  and on Elba II, an asylum for the insane, as seen in the Season 3 episode “Whom Gods Destroy” (in which Dr. Adam’s rode is the same as the one wore by the staff at Tantalus V).
Why then would Starfleet or any "prison" even need drugs or a “ Neutral Neutralizer” when you could use the one of those  “Mind-Altering Cloning Transporters”?
Now that would be a real house of horrors indeed.